2 DAYS FROM MARRAKECH TO ZAGORA ( 2 DAYS IN MARRAKECH )

2 Days from Marrakech to Zagora: Read carefully our 2 Days Tour From Marrakech To Zagora – Excursions from Marrakesh itinerary with Sunset Camel Trek followed by a night in the Sahara desert of Morocco. Please, keep in mind that, these dunes are small when compared to the Erg Chebbi dunes.

THE PRICING OF 2 DAYS MARRAKECH TO ZAGORA DESERT TOUR

Book This 2-Day Marrakech To Zagora

Book the 2 Days from Marrakech To Zagora Desert Tour via email. or get an instant quote via Whatsapp today!

The 1 Night/ 2 Days Marrakech to Zagora – Via Ouarzazate Kasbahs:

Here you will find the 2 DAYS MARRAKECH TO ZAGORA desert tour that truly will allow you to experience the Moroccan Sahara Desert. Spend the night at a Bedouin camp in the Erg Chebbi dunes. Ride a camel to watch the sunset and sunrise. See the Kasbah and valleys of Ouarzazate, and much more.

This private or shared 2 days Marrakech to Zagora desert tour is one of the most popular tours in Marrakech. See how this tour goes and which places of interest that covers.

2 Days Tour From Marrakech To Zagora

The tour departs from Marrakech before 8:00 in a comfortable and air-conditioned minibus. After crossing the Atlas Mountains, we reach Kasbah Ait Ben Haddou and Ouarzazate. The Kasbah or Ksar where many Hollywood movies are being filmed. There is a possibility to visit the Atlas film studios either on the first or the other day. Later on, you will have your lunch. After that,  you will travel to the south and cross the second pass which is Tizi N’Tnifift at 1710m, and Ait Saoun village. the former route of caravans for Sahara traders coming from “Tombouktou”, you will reach the first administrative center called “Agdez Village” that marks the source of Draa Valley, with its 6 successive palm groves stating (Mezquita palmary, Fezouata…) and Kasbahs stating the famous Tamnougalt Kasbah. You will continue through the lunar landscapes and the Pre-Sahara routes until you get to Zagora town, the native region of the Saadian dynasty (Saadian tombs in Marrakech) that used to rule Morocco in the XVII century. You will take a camel trek at the sunset and get to the camp to enjoy your dinner and overnight in the tents.

Wake up early to watch the sunrise over the dunes while having your breakfast, after these amazing moments you will ride your camels back to meet your driver, then drive back to Marrakech, We will go toward Ouarzazate, then stop for lunch in a local restaurant. In the afternoon, you will continue to the Atlas Mountains to get to Marrakesh.  we will drop you off at your accommodation. End of 2 days Zagora desert tour.

Note: We book the standard and luxury Accommodation (such as Luxury desert camp) depending on availability. Also, in high season, we may book you on similar hotels that are not listed or provided by email.

What is the itinerary of 2 days Marrakech to Merzouga itinerary and desert trip look like?

The most famous itinerary of  2 days Marrakech to Zagora desert trip is below:

Highly recommended on summer days, not in the wintertime. Book the 2 DAYS MARRAKECH TO ZAGORA ITINERARY

The nearest Airport to Nkhila dunes is Zagora Airport. You can find cheap Flights from Marrakesh (RAK) to Zagora province. To use our travel services from Zagora airport, you can contact us directly.

Why The 3 or 4 Day Desert Tour Marrakech?

All the Morocco Tours from Marrakech that we propose on our official website are amazingly chosen. With that in mind, let’s jump into Marrakech Zagora distance. do you have an idea about it? have you ever looked at it on the map?
As we like our customers to be informed, The route from Marrakech to Zagora is more than 400 kilometers and it takes:

That is in case the road is in good condition. In the snowy season, you will end up taking an alternative route that is way too long.

We have listed all the popular Sahara Desert Trips departing from Fes and Marrakech below:

join the next tour

Day trips before and After the the Sahara desert Tour 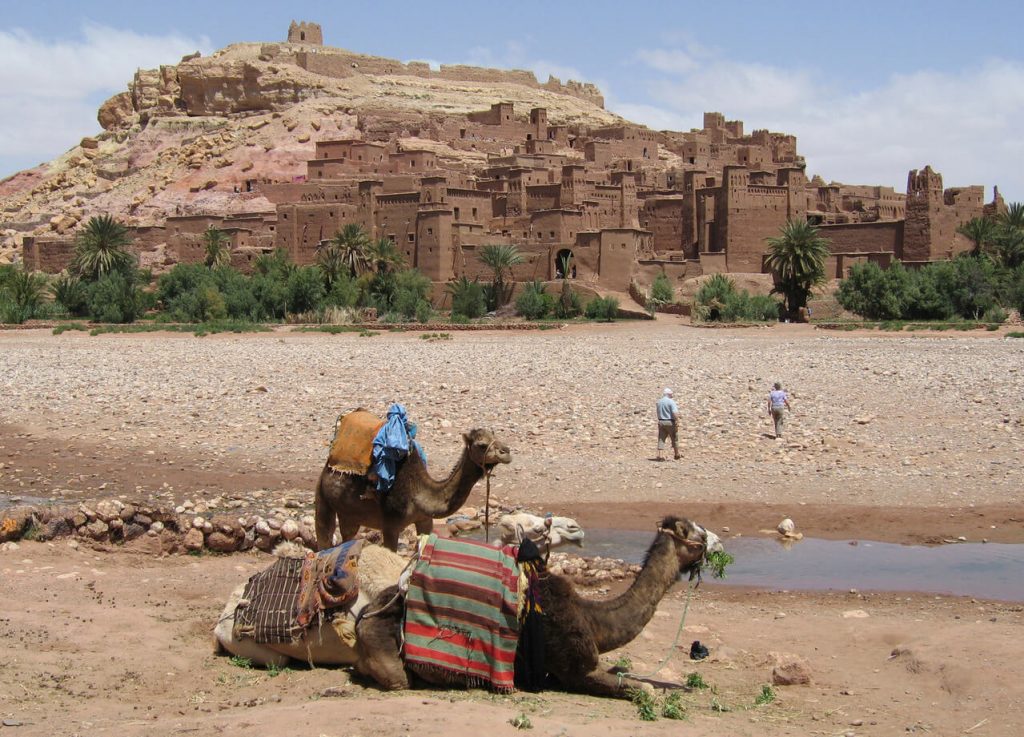 Plan To Travel To Morocco With
Sahara Desert Trips

Get A free Tour Plan & Quote